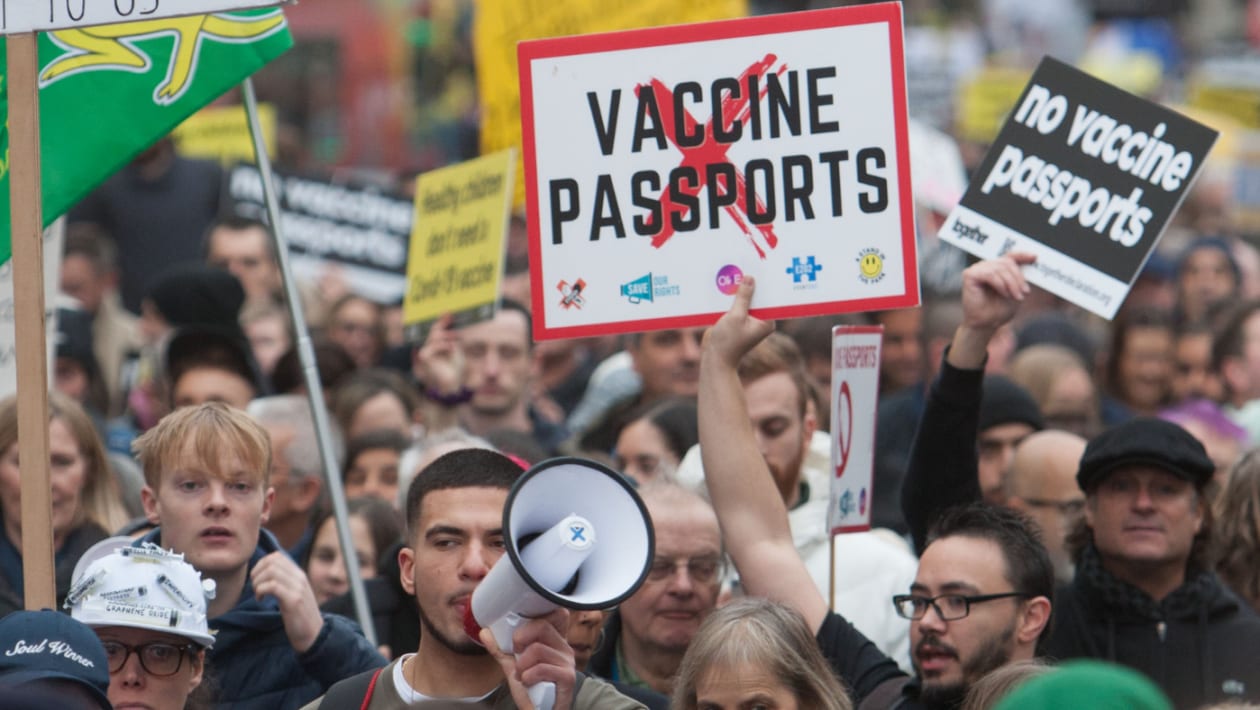 “Show me your passport!” – you will hear this sentence more and more from now on, and it will be repeated on a daily basis in numerous places and situations. What everyone must know is that this policy is PURELY AND ONLY punishment for non-compliance!

When will “show me your passport” end? When Covid-19 ends, which obviously means – never. It’s truly important to make your choice now. Anybody with just a little common sense knows what this really is all about – “Show me your passport” is the main goal, not a tool. Using vaccine passports is a good way to acclimate people for it. Shutting down a global economy is not the answer.

They know you need it to participate in society. You need to be vaccinated. We know these vaccines aren’t stopping the spread! Nothing is stopping these viruses – Vax passport does not make sense, particularly when the injection does not stop the transmission. The shot does NOT end the pandemic. If it does, how come fully waxed cruise ships encounter a series of cluster cases? It was the case even with the Delta variant. And now, Omicron, and tomorrow – you name it… Yet, the purpose and the point stay the same.

Remember when Biden said: “our patience is growing thin” [with people who are unvaccinated]. What was the main point behind that sentence? That they are ready to take a step further with a purpose to control everyone.

The absolute scariest part of this is how many people are okay with the “show me your passport” thing. They knew this would be easy – to tell people that they care for their safety, to divide people, and to make them fulfill their goals that way.

“It’s punishment for non compliance, rather than science” History already shows where “show me your passport” could really go. Yet, people are going along like it’s normal. Why? Because fear makes people do crazy things. Many lost their lives in places where showing me your paper was the law, like East Germany before 1989.

Some people were locked out of Twitter for promoting this as a narrative. We are still in shock at what Americans will tolerate. Or better said – they’re the enforcers. “The well-being of humanity has always been the alibi of tyrants”. I never thought freedom-loving Americans would put up with bogus, unscientific control. My biggest disappointment isn’t that the government will try to control the people, but that the people allow it. These officials don’t deserve this level of respect. They never do and they never have. How easily we forget…

In the end – what else have I expected? In today’s materialistic world, where people have gone far away from God. They would accept anything just to continue going to bars and restaurants. Just to have some fun and forget about their problems.

God, please help us. Anytime I see officers upholding what is not even a law, and claiming to be on the right side, I truly question the understanding of those law enforcement officers.

If all of this is considered necessary to gain your compliance – you can be absolutely certain that what is being promoted is not in your best interest.” When a jab is mandated, people need to question the motive! They know how to do it – always use fear. Fear is the most powerful weapon if you want people to accept anything without questioning.

“All of this moral posturing is damaging the children.” Exactly!  So many “do-gooders” cause irreparable harm. All governments around the world are committing human rights abuses. They say – democracy! Where did democracy disappear? Human rights vanish all around the globe by each and every second, in numerous different situations.

In Minneapolis, MN a restaurant just announced that for the next week, they are going to require proof of vaccination or a negative Covid test because of the surge of cases. What is scarier than that is the number of people that are cheering it on and asking the restaurant to make it a permanent policy!

In Canada, many people are unable to fly, go on federally-operated trains, ships, or go to restaurants, bars, clubs, events, etc. Why? Because they are unvaccinated. In Queensland, Australia has brought yet another coercive mandate from the government to the effect that anyone who is unvaccinated is barred from having life-saving operations. I already told you in some of the previous articles what Australia has become – a police full-control country. China is the same process, just worse.

When you think about the entire situation, you can easily conclude that this is totally physiological. They are treating us like children and taking away things of enjoyment for non compliance. And if we don’t listen to them – they punish us.

Unfortunately, things will just get worse. Just wait until they take it to the next level because there definitely are many more, worse levels.

Doctor Robert Malone, the pioneer of mRNA technology, used in the vaccines said: “This is the first time in the history of medicine, where the failure of medicine is being blamed on those that haven’t taken it.”

People all around the globe are losing their jobs on a daily basis. They have been taken away from the ability to provide for their families. This is going too far…

With mandates being enforced so fervently around the globe, this raises the question: Are these ineffective vaccines creating a super-virus? When a vaccine works you don’t worry who is around you because breakthroughs as they call them are very rare.

Patrick Henry is famous for saying: “I know not what course others may take, but as for me, give me liberty or give me death!”

Will YOU “show your passport” simply to participate in normal life?

How has all this affected you and your family? 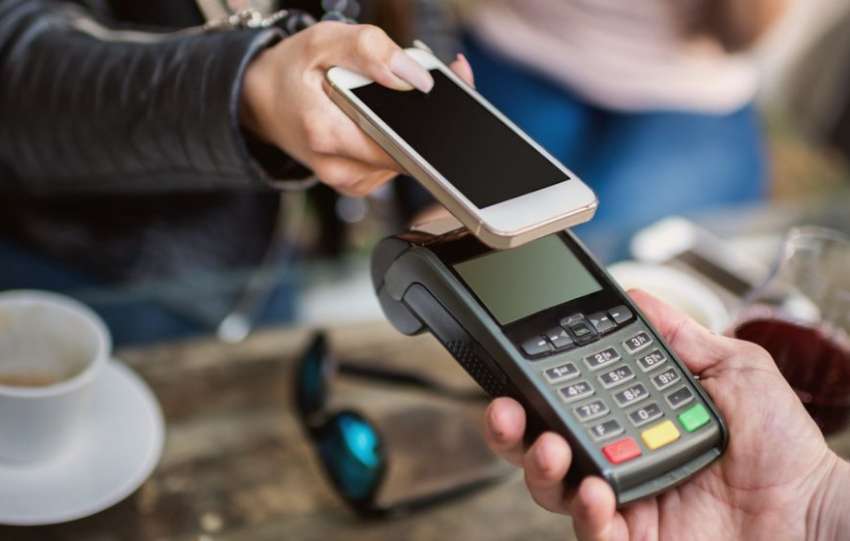 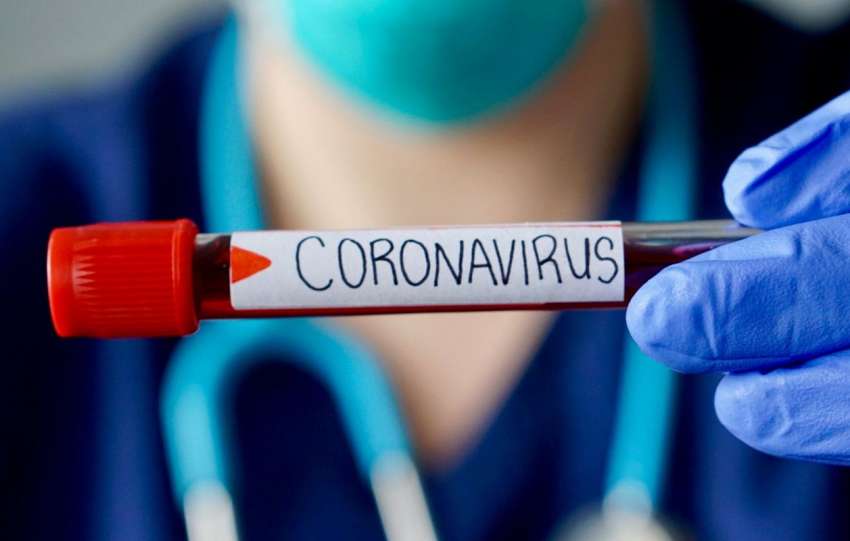 Coronavirus dictating your life? Here is why that’s wrong 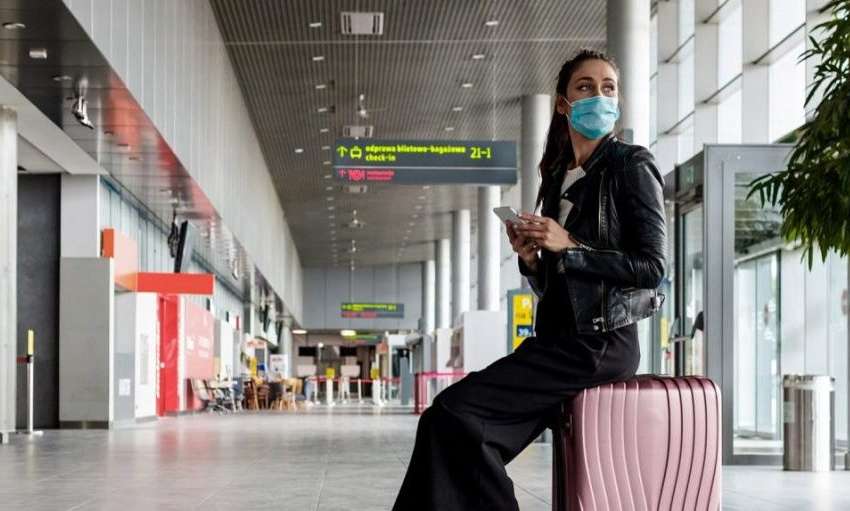