Here For Millions Of Years – They are real!

What do you think when you look at the sky? Probably the same thing as me – THE SKY IS MORE THAN BEAUTIFUL! IT’S ABSOLUTELY MIRACULOUS!

Everything that surrounds us came from God. How much do we appreciate it? Not much, right?

If we can change the world in a bad way (which is obvious that we can), we can change it in a good way too, can’t we? But we are running away from it… Why? It’s easy to act in a bad manner, but it may be challenging to fight against all evil. Unfortunately, that is how too many people think.

Yet, I truly believe that there is still hope in saving the Earth. Little actions that we do can make a big difference if we do them consistently. For example, saving electricity, not wasting water, planting more trees, and stopping eating animal meat could make a lot of difference.

Iconic physicist Stephen Hawking WAS ONE OF THE MOST INTELLIGENT PEOPLE OF THIS MILLENNIUM ISSUE. He was warning humanity about the existential threats we face and how our survival depends on colonizing another planet.

I have always believed that anything is possible! Nothing surprises me anymore. We need to quit being so arrogant that we think that we’re the only beings in this vast Universe that we live in! We are not alone. They have been here for millions of years. And guess what? They are real…

THEY’VE HAS ALWAYS BEEN AMONG US! I would assume they would communicate telepathically. I would definitely say it was more a worry for the Government than us.

THEY WERE IMPRISONED INSIDE OF EARTH AFTER GADREEL AND HIS FOLLOWERS REVOLTED AGAINST YAHWEH AND GOT THEMSELVES KICKED OUT OF HEAVEN!!

They’ve always been here – your Government knows time’s up and doesn’t care! They’ve got bunkers. But what about you? Will you be safe? Are you even safe now? Our government knows everything that’s going on – They have been managing our species for a long time – even after death.

‘Miraculous’ technology makes them gods! This isn’t new, the general population is just seeing it now, and it will become even more visible with time.

Earth has lots of different life forms living on it that we can’t see or interact with. They live in different dimensions. Aliens, fallen angels, demons – it’s all the same just called with different names.

Our science is about 300 years old. Imagine all the people that were torture for the success of today. The minds of human beings will always continue to develop and grow but never all at once. As with everything that happens in life – things have their own time. They will show up when their time comes – and it’s closer than ever!

Should you be afraid? Of your government – yes. But about life? No, never. And this is why…

GOD made everything you see & cannot see! Look at it like this. When you are outside, you feel something on the side of your cheek. YOU cannot see it but you can feel it. You see the evidence of it. Like a building. YOU don’t see the Architect. But you see the evidence of the building so you know there was a creator. Same thing with The God of Heaven & Earth. He is responsible for this creation called Earth.

Nature will continue to exist even if humans don’t like it before. We are actually alive for a long period of time. Nature has continued to exist for many many years which is beyond humans’ understanding.

The universe can do things without us! But our society cannot survive without the most important things we can do. Our true goal as humans is to learn and understand to treat each other with kindness, humility, and love. Sounds simple, doesn’t it? Why are we complicating it all then?

When we realize that we are nothing but true souls, everything will finally change. That soul within is eternal, so treat it and ”feed it” in a good manner.

Greed, anger, selfishness – these things will just ruin your soul and make it weaker. It wasn’t created for that.

Luke 21:26: “Men’s hearts failing them for fear, and for looking after those things which are coming on the earth: for the powers of heaven shall be shaken.”

How do you feel lately?

Can you see things changing faster than ever? 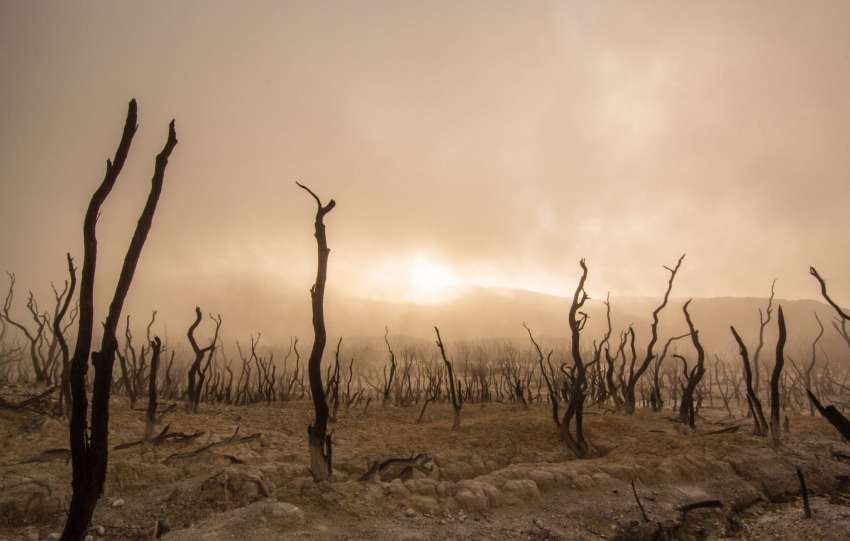 Your way to the magazine covers starts here!