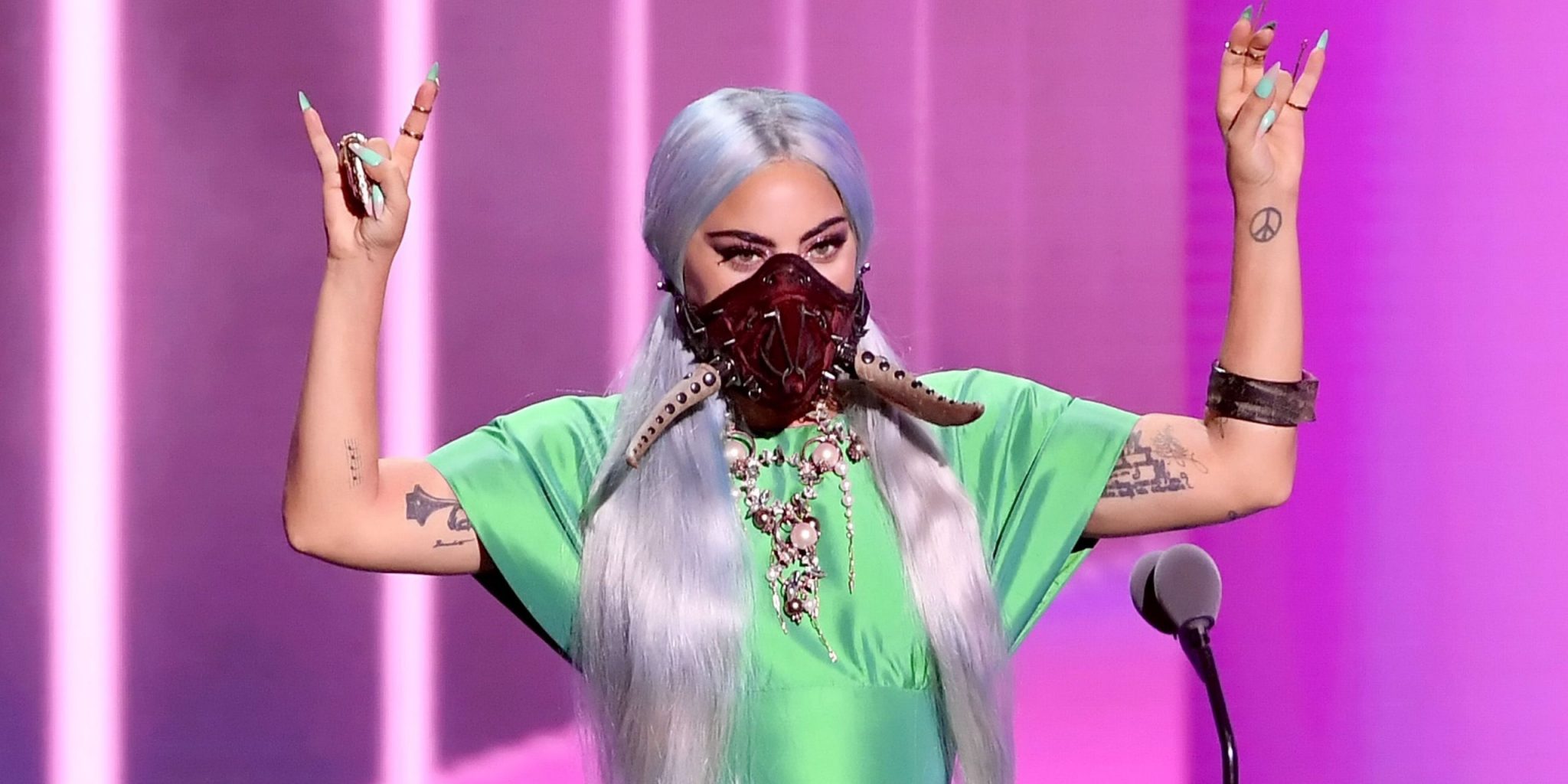 Every year entertainment is becoming more and more depraved. There comes a moment when I think I’ve seen it all, and then they go and prove me wrong by setting new records of lowliness and depravity. I feel bad for anyone who looks up to these people.

This is a music awards show yet it is rated PG14 – why is that so? As soon as you see that, that’s your warning. What’s with all the bondage? One thing is for sure, trust me – Hollyweird should be ignored. There is nothing better you can do about it…

And what about those ”forced masks”? I am pretty sure that you are also sick and tired of everything related to it.

The media keeps pushing wearing a mask and staying indoors constantly. People staying without jobs and money, more and more becoming hungry on a daily basis.

Looking at the VMA pictures makes me come to the conclusion of how they were not only disturbing but also very sickening. Their plan to completely ruin our minds is so powerful and huge.

Lady Gaga playing the brain piano made me think of transhumanism, really. Have you seen the brain chip that Elon Musk recently showed off? It’s a circular chip that’s inserted in the brain through the skull. Her mask has a circular thing on the front. Also, her outfit looks kind of futuristic/electronic. I wonder if it’s supposed to be representing AI/technology playing with the brain?

And if you’ve realized, they are representing that in some sort of a ”funny” manner, so people don’t mind.

They are keeping blind masses in a spell so they can carry on with demonic rituals and hexes and destroying the order of the times. Yet, whoever thinks how that may last forever, must know that in the last day’s everyone will be on track with this and not on a subconscious level.

They are allowing these bizarre shows, but people can’t fellowship in churches! That’s their politics… Whether you’re a Christian or not, you have to acknowledge the fact that these so-called entertainers are the scum of our beloved Earth. The only real talent they possess is the ability to turn your stomach and kill your soul. Some people come to realize the justification of eternal Hell every time they see one of these demons spawn. Let’s cut to the chase and call a spade a spade. Even a young kid can sense something real bad by watching these creatures controlling our reality since the beginning of time. Children are pure and not ruined by all this ”adult” show. And by the show, I mean by this entire society, and not only that Hollyweird drama.

My observations over the course of a few years are that most people have the IQ of cattle. They crave to be controlled and will go with the popular opinion because they claim that is an easier and happier life.

Let’s see what are the consequences of such beliefs. That accomplishes two different things:

1) It serves their craving for acceptance by the masses, to not be the “odd man out”.

2) It serves to rid them of individual responsibility, and collectivize both blame for wrongdoings and praise for doing good.

You see? That’s where they hide. And the rulers of this world know that people think that way, so it’s easy to sell them whatever they want or imagine.

What about this electronic scanning of our foreheads? It seems like how they are putting us a sign of the mark of the beast. Although his identity hasn’t been revealed to anyone except the top Luciferian elite, the Antichrist has caused the lockdown in order to force everyone to receive the quantum dot tattoo, aka mark of the beast, and the US “government” has 30,000 guillotines, thousands of replacement blades and millions of coffin liners waiting for all of us. Not only is the Antichrist here and in control of all “governments” now, but he’s also been given power from God to do the “lying signs and wonders” of 2nd Thessalonians 2:9 and “change times and laws” spoken of in Daniel 7:25. The Antichrist is actually changing times and laws.

Let’s talk about symbolism for a bit, and we see it on a daily basis, and especially in those popular music shows. For example, that “devil horn” hand symbol goes back and is not only a symbolic sign you are in conjunction with the devil but that you are a fellow lover of sexually destroying children, that you partake in favorite sex and you sacrifice when you are finished with the child. That symbol was used as a silent means of communication with one another in the occult. These people in Hollywood and music need serious prayers. Some are able to be reached – most are given over and completely lost – reprobate mind. God always has a vengeance. The blood that is spilled cries to the heavens…

I see many people around myself truly worried. For example, the older generations claim how they never lived in such awful times. And just to remind you for a bit, many of them went through wars, poverty, and many other bad things. Yet, they all feel how something is very wrong these days…

One thing is unfortunately true – Lucifer is gaining in power. The evidence presents itself every day, just stop and feel it for a moment. But don’t be afraid. Have faith because Yeshua will always prevail.

Let’s go back to that ‘music’ show. Lady Gaga looked as if she was on crack if you haven’t realized. Just embarrassing. There was also a pentagram made out of the arteries on the podium Lady Gaga goes into before she changes and it was so obvious. The “dregs of humanity” on stage showcasing all their agendas & rituals. That Baphomet mask on Lady Gaga is truly revolting. I don’t even know what they want to prove anymore or to whom.

And then again, that same lady had the nerve to tell us to mask up. The mask itself is part of this satanic ritual they all want us to participate in. The masks are so demonic and dehumanizing. The Symbolisms are right in our faces. Lady Gaga wearing a Mask with Horns, and the Weekend looking like he aged so much. His Nose looked as if it was punched or something. But that’s probably due to cocaine…

“IT’S THE SYMBOLISM THAT WILL BRING THEM DOWN,”  33 steps on the staircase with light-bringer programming. The 9999 thing is probably about HR 6666.

Always keep in mind one thing – The best and most productive slave is one who is told he is free and thinks he is free!

”My PEOPLE are destroyed for the lack of knowledge Hosea.” – 4:6

No matter how far their demonic show goes, trust me – it has an end. Until then, have faith, stay strong, and surround yourself with real people, not these demons…

Are you sick and tired of all those ”virus” rules? 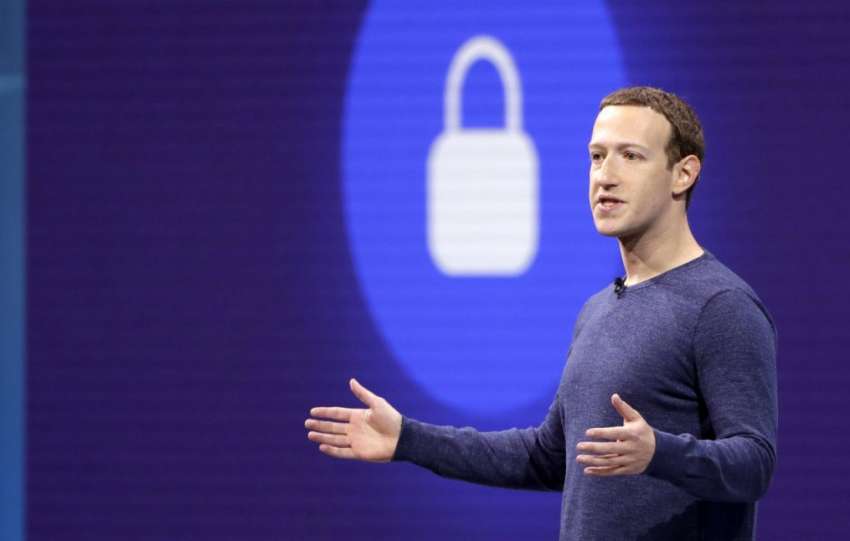 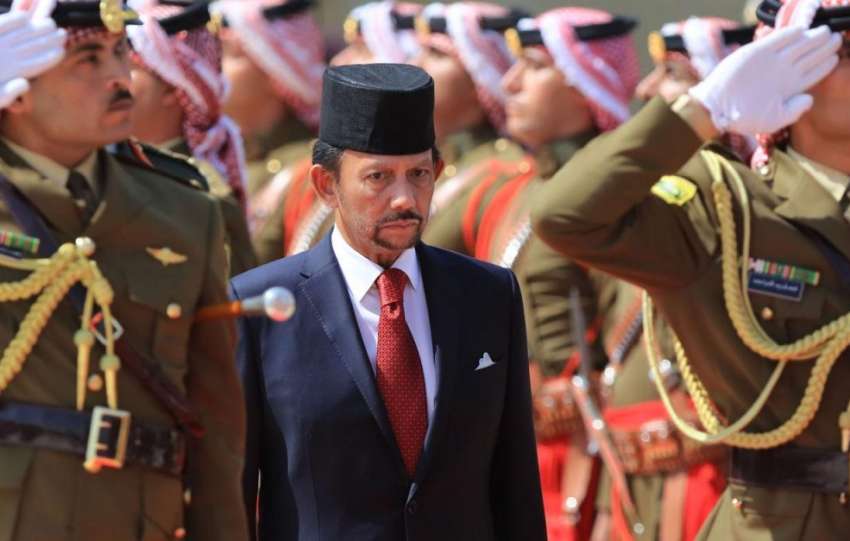 Brunei said Gay People To Be Stoned To Death Under New Law! 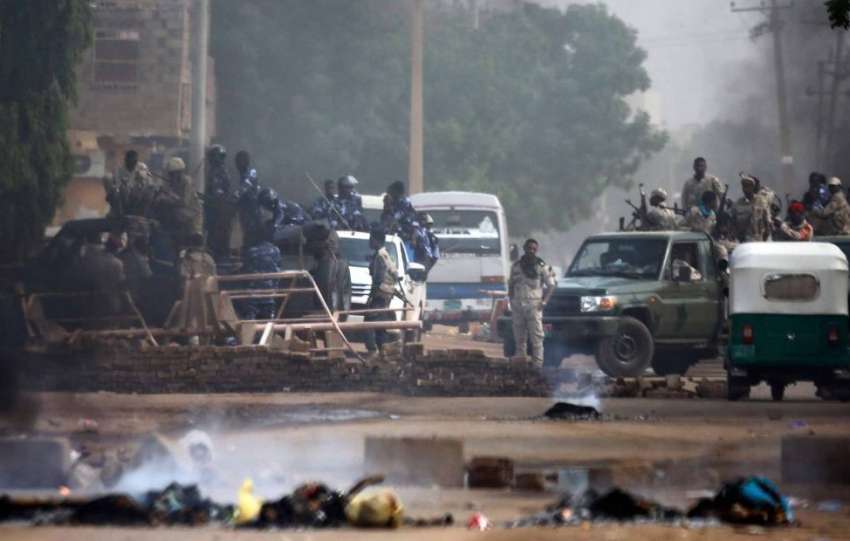 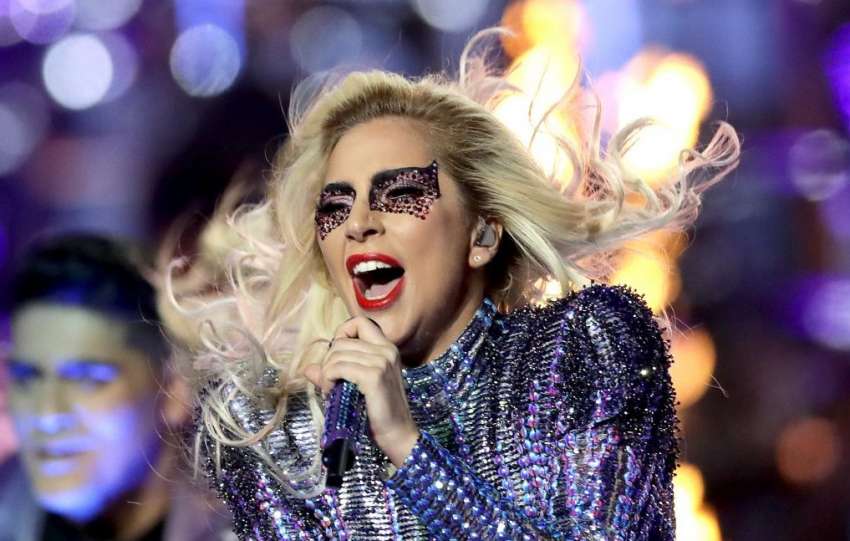