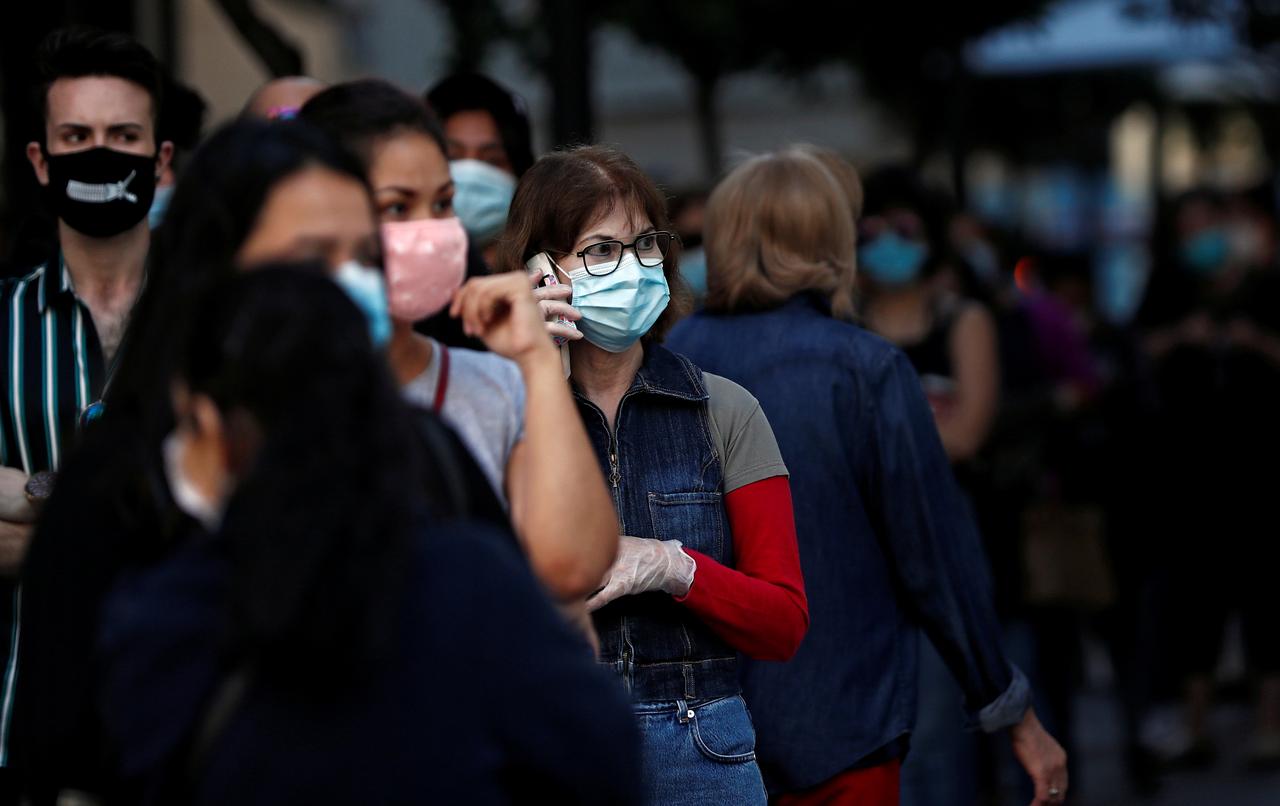 The second wave of the plandemic… Is it the second one? Where has the first one gone? Nowhere… It just suited them to act like something was a bit better, so they can complete their needed actions, and now – they want us in lockdown again (probably planning some new evil thing for us all).

COVID-19 is Certification of Vaccination I.D. established in 2019. 1994 Denver Airport Painting shows children wearing masks from all different countries. If the media and government didn’t tell everyone about COVID, no one would even know it was here. People would just think it was a bad flu season or something. We have had very bad cases of pneumonia worldwide since last year, and now Italian and Spanish researches have shown it was here even in November last year.

Just insane how many sheeple are still complying with directives from Governors who have no authority to mandate the things they are. They “turn the virus on and off, up and down” via the T.V. Cool trick! Now, when they have realized that it’s very easy to put masses into global fear and paranoia, I am sure they will use this trick in the future too! They will use it to gain whatever they want or imagine! Just wait for it to see…

Over 100 deaths in some countries in Europe – St. Augustine, Fla., a city that made wearing face masks mandatory over the weekend. Many other parts in Florida decided to do the same, it literally just went mandatory in stores backed up by a $200 fine. In Australia too, they went in a full panic mode! Such a joke..

7 counties in California have ordered bars to close – in Ottawa, Canada, the city has made it mandatory to wear “face covering” on public transportation! They could close the Canada-U.S. border for a year, expert says. In England, they’re talking about locking down individual cities due to “spikes” in the “virus”… City by City in the UK, starting with Leicester… The city of Leicester is the first to be threatened. Melbourne Australia has just reported that another lockdown could be on the horizon until next year, but they say all is good because the $1200 a fortnight out of work payments will continue until the end of the year… In Serbia and overall Balkan, who had the strongest measures at the beginning due to the poor health care system, the country stopped the lockdown overnight due to the elections! They have lied to people about the numbers and the virus and even made many football matches with over 25,000 people attending. After that, they have again started building and creating new COVID hospitals, telling people that they are completely stupid because of their behaviors and that they are the ones to blame for the virus! And now, many of their cities are again in complete lockdown, with fines for those who don’t wear masks.

They are trying to Bribe us with money for our freedoms. People want to go back to work but they won’t let them…  Dutch politicians are pushing new laws, like a permanent 1, 5 m law they can use against the people whenever they want.

I can’t believe my eyes – people who are wearing a mask while they are driving (often ALONE IN A CAR!) or outside walking? Did you know that you can get some very serious bacterial sinus infections if you wear a mask while having a physical activity? MRSA, for example… And how will help you get rid of it, now, when doctors only treat coronavirus? Like all other diseases have vanished, we have only COVID-19 now.

Ditch the mask now! They are playing us against each other. They have to sell this virus lie, to get the sheeple on board with vaccinations. They are trying to program our minds to live with masks as a normal life, and it is not. We cannot accept it. Wearing masks is unhealthy if we are healthy. Don’t fall on the trick about South Korea and China. They claim that it’s possible to wear a mask because their people wear it all the time, even when it’s not pandemic. To be completely honest with you, I would never accept to live in a system that China or South Korea has. It’s a complete, total, 100%, FULL (FOOL) CONTROL!

The whole world is falling for the greatest ScamDemic of all time… How is that possible? Because they all love their TV and the MSM and are just stupid brainwashed sheep that will let their country and lives be taken from them as they sit home in comfort. Mainstream news has destroyed the world with lies and deceit. The world’s gone nutty and we’re surrounded by sheep who just love to be part of something new.

During the protest, you didn’t hear about coronavirus if it’s not one thing it’s another. Notice anytime the CDC has a press meeting, they are not wearing any masks! How many times did Fauci say the mask does NOTHING? This is why they’re speeding up their efforts. The Internet exposes more and more people to the truth. They’re getting more and more in a hurry. The masses are brainwashed.

Just look at the epidemiologists and those who represent the healthcare system in your country. When they are telling you on the TV to wear a mask, they don’t have it on themselves! They put us in lockdown, while you will see countless pictures of all those that rule the world spending a great time in a restaurant and, of course, never ever wearing a mask!

If people didn’t wear masks they would have completely forgotten about “the virus”. People are falling down, passing out, having major headaches & all sorts of other troubles DUE TO THE MASK. Besides that, just imagine how much money are they making from selling masks? You wouldn’t believe it!

Big Supermarket in my city put a sign on the door last week that said not to be allowed in without a mask. I also think it’s odd that Major League Baseball is going to play a shortened schedule, what is the schedule you ask? 60 games in 66 days. Always clever with the numbers…

Let’s just remember one thing – when they “come out with a vaccine”, we won’t have to wear masks anymore. What they don’t want you to understand is that when they do THAT, the “race riots” will be remembered as a nice walk in the park.

The Reason why COVID numbers are SO HIGH right now… Let’s explain it a bit. Someone my friend knows was recently contacted by a “tracer” because his girlfriend’s brother-in-law, who had NO symptoms, went to a testing site and apparently tested positive. They traced everyone he was near which included him. He then got a phone call telling him he was exposed and also told him that they now have to document him as having COVID 19 (though he has no symptoms) because he hasn’t been tested. They apparently did this to around 20-30 associated friends – so because 1 person was curious and tested positive, 24 new cases were added to the numbers. Now imagine that extrapolated across the country. People need to wake up and realize they’re being played hardcore big-time right now! It’s absolutely insane!

Could the rise in infections be due to millions of people yelling, spitting on each other in mass gatherings (protests)? Isn’t that exactly how COVID is transmitted?

The real chaos starts when the food trucks stop delivering. Next to the weather, food is the most effective weapon.

Be sure to think of your mental health in these hard times. Have faith. There is nothing more important than peace and faith. And you know what, no one can take your beliefs from you, ever… That’s the only thing they now cannot take it from you, so be sure to nourish it and make it strong.

Will we have to deal with it next year too? 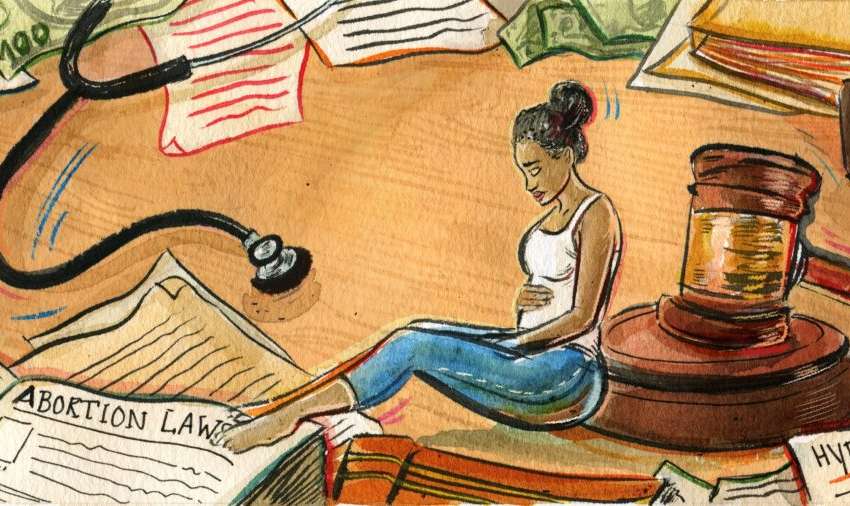 New York. BABIES DON’T MATTER- Women Can Get Abortion Up To The Actual Birth Of The Child

Is the beauty you see – all beauty that exists? (or how they want to trick us) 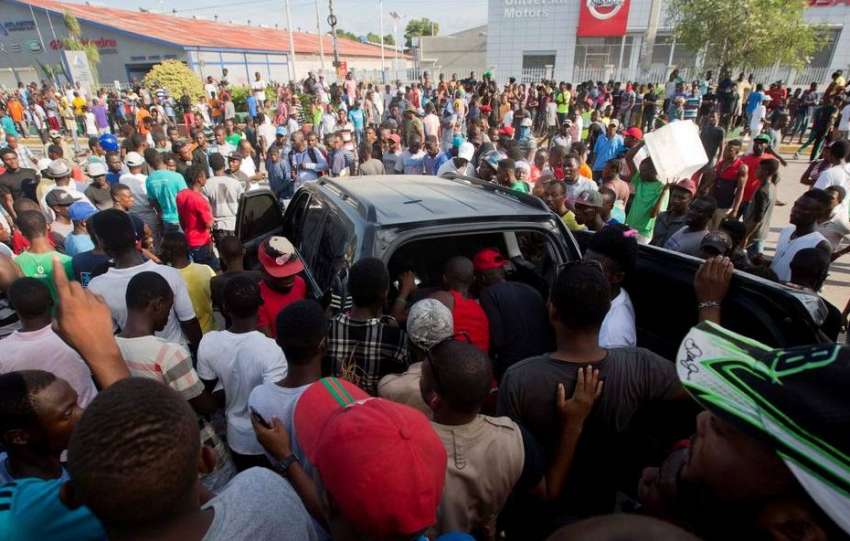 HAITI Under Siege- the paralyze nation 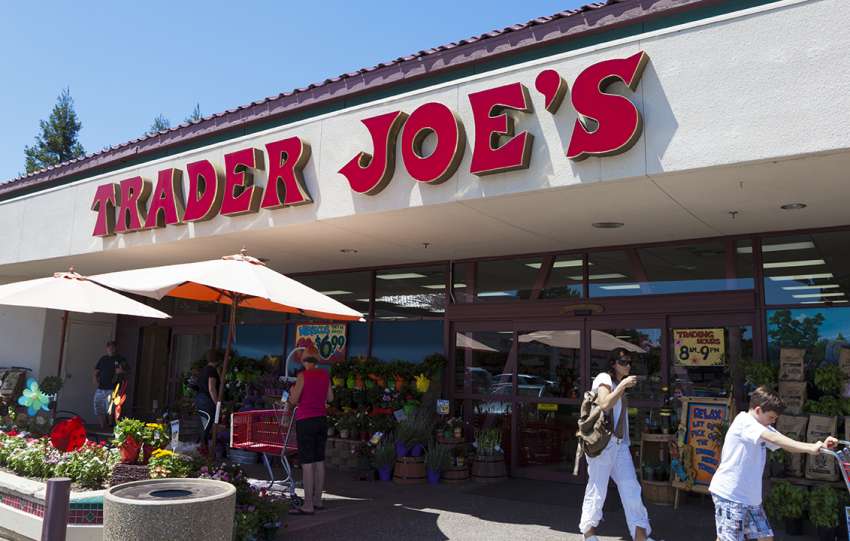 TRADER JOE’S and OTHERS Will Pay Employees To Get Vaccinated