There’s a lot that small businesses can do when they set their mind to it, including establishing global benchmarks.

When you think about it, the most number of Guinness World Records is held by an individual — Ashrita Furman. He holds over 191 records just by himself! A business is a collective, and there’s no reason a group of individuals can’t achieve a record of their own.

Why Apply for A Guinness World Record?

Guinness World Records (GWR) has helped thousands of companies and organizations globally achieve their goals — whether it’s marketing activations, product launches, brand anniversaries, employee engagement events, or CSR campaigns. Even if your business fails to achieve the record, you can still acquire several benefits from the attempt. Once your business is approved to pursue an attempt, GWR provides you official brand assets which you can use to promote your event.

In general, a GWR record attempt tends to enthuse internal and external stakeholders around it. You’ll find that your employees, customers, partners, vendors, and so on will unite behind your attempt. After all, if you succeed, by extension, they benefit as well due to their association with a Guinness World Record holder.

A GWR title bid is also a great way for a business to raise money for a social cause or a CSR campaign. In late May of 2021, Darren Clawson and the Endurance Limits Pacific Row Challenge team will attempt a 2,700-mile row across the Pacific to raise money for Darren’s son Hadley, who suffers from a rare medical condition that causes near-constant seizures. The row from Monterey, California to Honolulu, Hawaii will help raise money to build a new hydrotherapy pool at St. Elizabeth’s center for children with Epilepsy and other disabilities.
Moreover, any attempt, especially if it’s very ambitious or quirky, tends to be newsworthy and can help your company earn huge publicity — very useful if you’re trying to grow your business online. The brand awareness you build will drive significant traffic to your digital channels. Regardless of whether you win, it creates a story and interesting content that you can leverage.

Here are the last ten times an American small business made its way into the GWR record books.

733 people assembled in Rustic Cuffs and Addicted to Cuffs, a retailer in Tulsa Oklahoma, to achieve this particular GWR title.

Sweet Shop Candies in Mt. Pleasant, Texas made its way into the GWR book when it created the world’s largest chocolate truffle. The gigantic dessert weighed 2,368 pounds, 8 ounces.

The largest-ever painting made of fingerprint impressions was created by a non-profit organization called Elle’s Enchanted Forest in Cleveland, Ohio. It was 383.203 meters long. The organization exists to facilitate a playground for all children, especially those with disabilities, as well as children with disabled caregivers so that they can safely play with their young ones.

Kris Lindahl, a real estate team based in Blaine, Minnesota, used over 8,672 pumpkins to make a 4,805-foot long queue. This constituted the world’s longest line of pumpkins created. When you think about it, it’s a great way for real estate beginners to get some publicity and establish themselves in a market.

Blair Murphy, a Pennsylvanian, partnered with the allegedly haunted Grand Midway Hotel in Windber, Pennsylvania to create the largest Ouija board in the world. The board measured 1,302.54 square feet and was built on the roof of the hotel.

This record was achieved not once, but twice by TangoTab and friends. They used the Kay Bailey Hutchison Convention Center in Dallas, Texas to assemble the most people attempting to make sandwiches simultaneously. TangoTab operates an app that connects customers to local restaurants.

The longest zip wire, aptly named “The Monster” has an uninterrupted span of 7,234 feet. Toro Verde Adventure Park in Orocovis, Puerto Rico hosts this installation. It took the park two years to plan and build this zip wire.

Backyard Discovery, in partnership with Big Brothers Big Sisters of Broward County, constructed the longest line of swing sets (numbered at 51) in Fort Lauderdale, Florida.
How Does a Small Business Apply to Set a World Record?

Every year, hundreds of companies of various sizes either set or break a record. Even more, tend to try and fall short of the mark. In fact, GWR receives over 50,000 applications every year.

The GWR database lists over 47,000 existing record titles available to challenge, and it’s quite possible to apply to create a new one.

Having a GWR representative come over to adjudicate your attempt can be a somewhat extensive process. A Standard Application process, usually pursued by individuals, can take months from start to finish. However, a Priority Application process speeds it up considerably for a small cost.

Every single record within the Guinness system is subject to a set of standard, globally applicable guidelines. The adjudicators who judge every record attempt are expected to undergo considerable training before they are allowed to oversee a record attempt.

If you’re a small business and you want your customers to notice you amidst the clutter of your competitors, an unconventional tactic like this may be just what it takes to succeed, especially in an economy roiled by the pandemic. 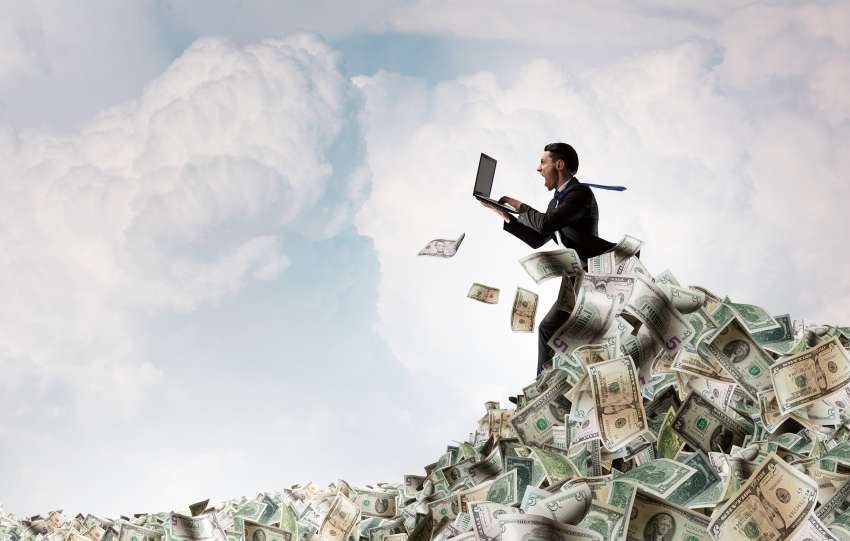 What is the Effective Ways to Reduce Your Business Costs

The strangest jobs all around the globe

Will jobs come back?

How to avoid job loss